To date, the history of the Waterman-Waterbury Manufacturing Co. Ltd. suggests more questions than it answers. For example, how was it that a Minneapolis, Minn. company formed in 1907 to manufacture heaters for rural schools was constructing homes in Regina by 1923? 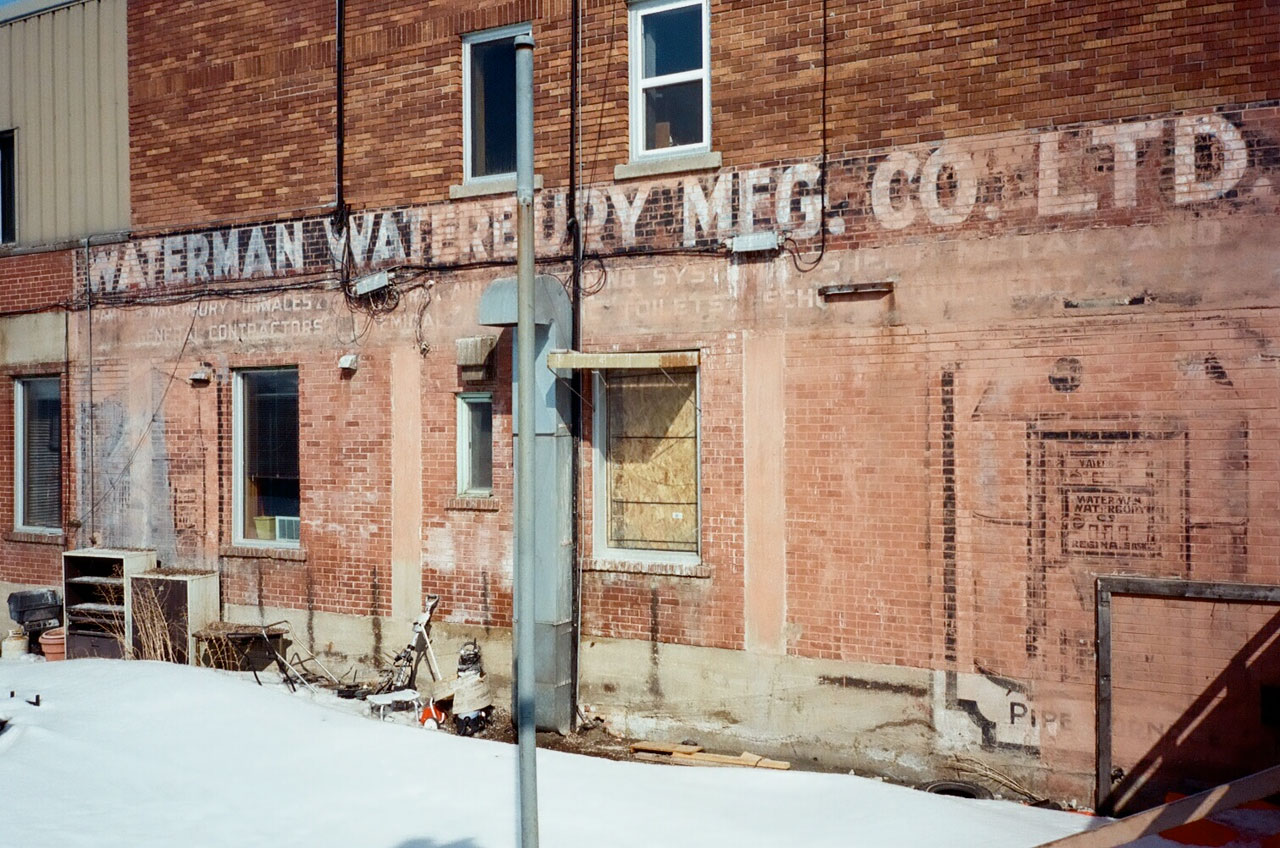 Even the heritage researcher par excellence Ross Herrington was unable to answer those questions before he died in 2015. He’d prepared a report on his research into this company in 2014, but stated that more work was required. Because Herrington was unable to return to the topic, the following is merely a sketch of the company that, as he wrote, “Built 15 known houses in Regina (most in the Crescents area in the late 1920s) as well as other buildings, such as the demolished (2005) Commercial Printers bldg. on Albert St.”

What is known, according to Herrington, is that the company was formed by Clyde Waterman and James L. Waterbury to implement their patent for an improved heater ventilating device. By 1946, the company was also making iron lungs (homes weren’t its most unusual diversion) and, after its bankruptcy in 1962, the company was re-formed to build furnace parts. Of greater interest to Saskatchewan readers is Ivan Saunders’s “A Survey of Saskatchewan Schoolhouse Architecture to 1930, a Parks Canada Research Bulletin No. 223,” which states that Waterman-Waterbury was operating out of Regina by the end of 1912. To this, Herrington added “the first known Saskatchewan rural school (was) built in 1916.” The Regina Henderson’s Directory offered a few clues to the company’s history. It lists Waterman-Waterbury in 1913 and, by 1915, lists Franklin E. Watchler as its vice-president. Two years later, the company’s business is described as “designs for schools, heating and ventilating systems,” and by 1925 it’s described as “seamless steel furnaces, school equipment, school and general contractors.” Dr. W.A. Thomson is listed as the company president in 1920, which is why his 1926 McIntyre Street home was constructed by Waterman Waterbury. 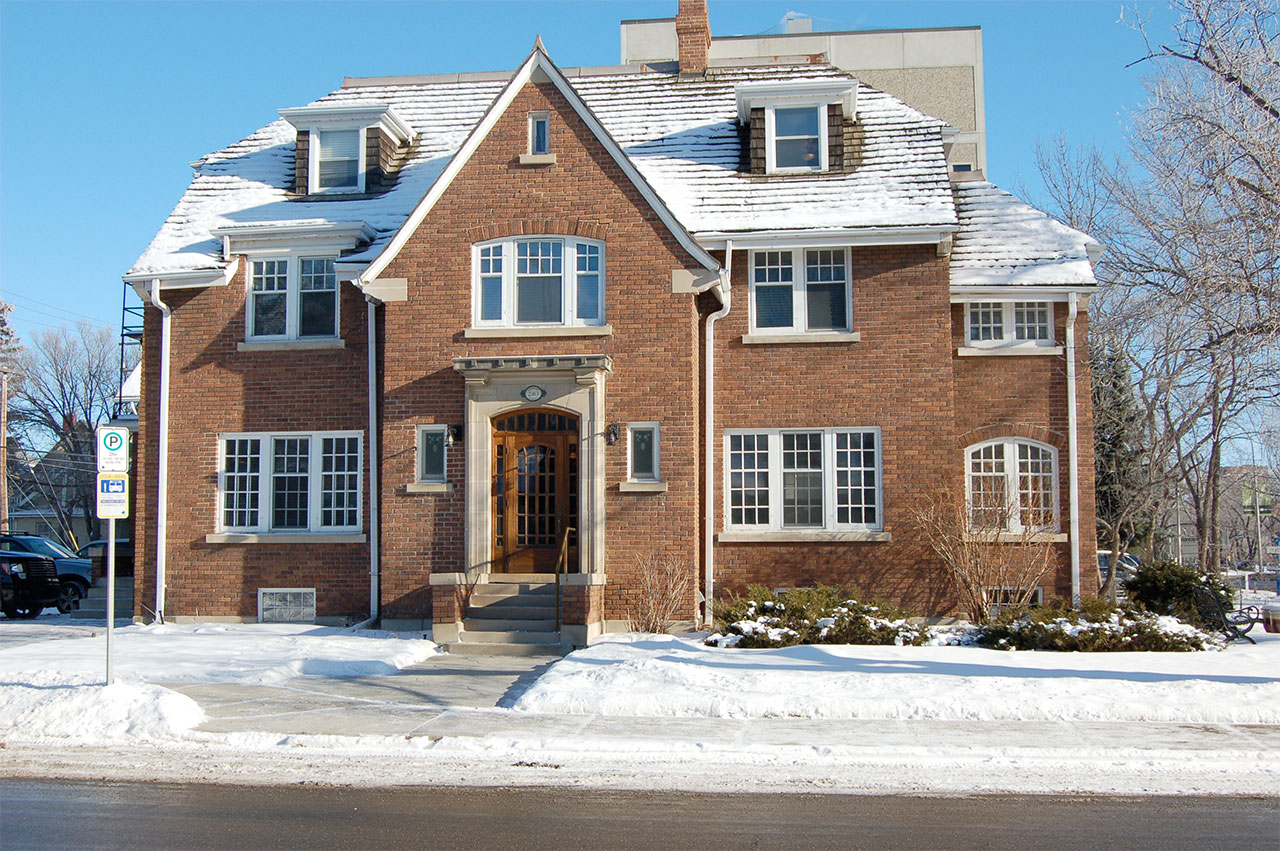 The last year Waterman-Waterbury is listed in Regina is 1972. Herrington states that its president, J.D. Rowand, retired about the same time and the company was acquired by Comstock. Many questions about Waterman-Waterbury remain and the same can be said about Milton D. Campbell, who is first listed by Henderson’s in 1917 as a draftsman and later as an architect with Regina’s architectural firm Storey and Van Egmond. After a Directory absence from 1923-1928, he is listed as living at the home of J.D. Rowand in 1929 (Campbell’s daughter was married to Rowand) and as a Waterman-Waterbury architect living at 323 Leopold Cr. by 1930. 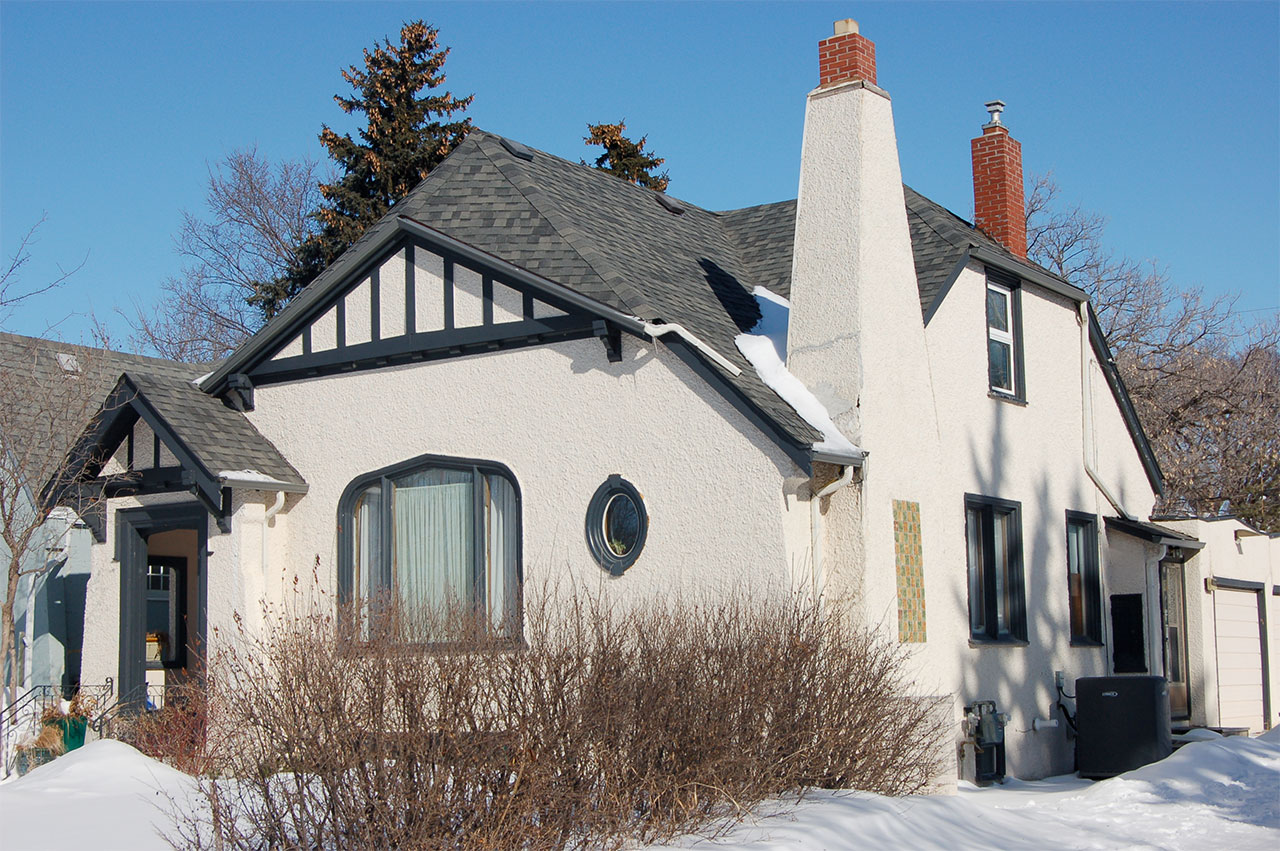 Although Milton Campbell’s history remains vague—Henderson’s Directory is merely a guide, its content not to be taken as fact—but it would appear he designed houses for Waterman-Waterbury from about 1928 to 1946, and the accompanying photographs illustrate his design ability and also his penchant for certain design elements. Indeed, Regina’s 1920s and early ‘30s residential architecture is the richer for his interpretations of a diverse array of historic features such as buttresses, quoins, half-timbers, Palladian windows, catslide and jerkin head roofs, Spanish tile roofs and ceramic inlays, and Tudor, round and carpenter’s gothic arches. His work, in fact, offers a glimpse of architectural history throughout the western world! 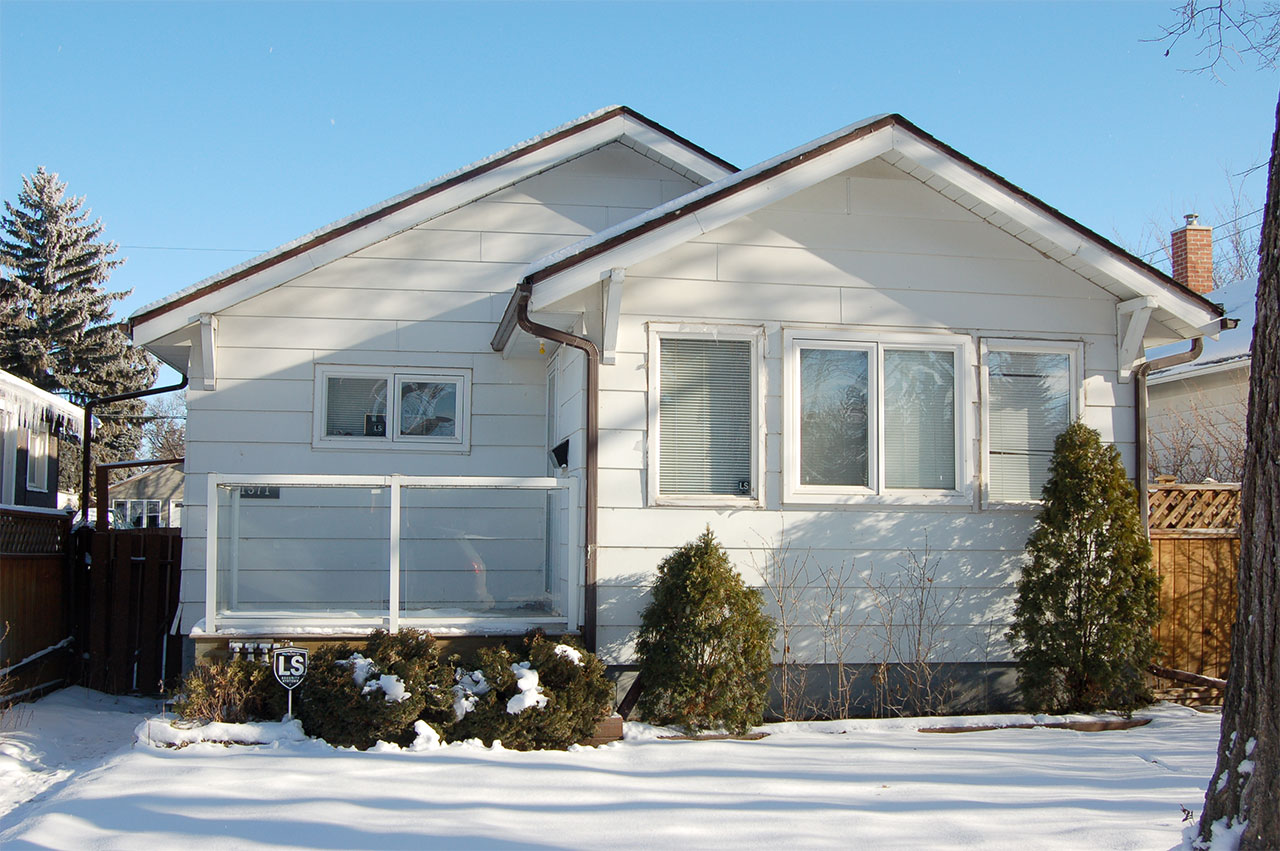 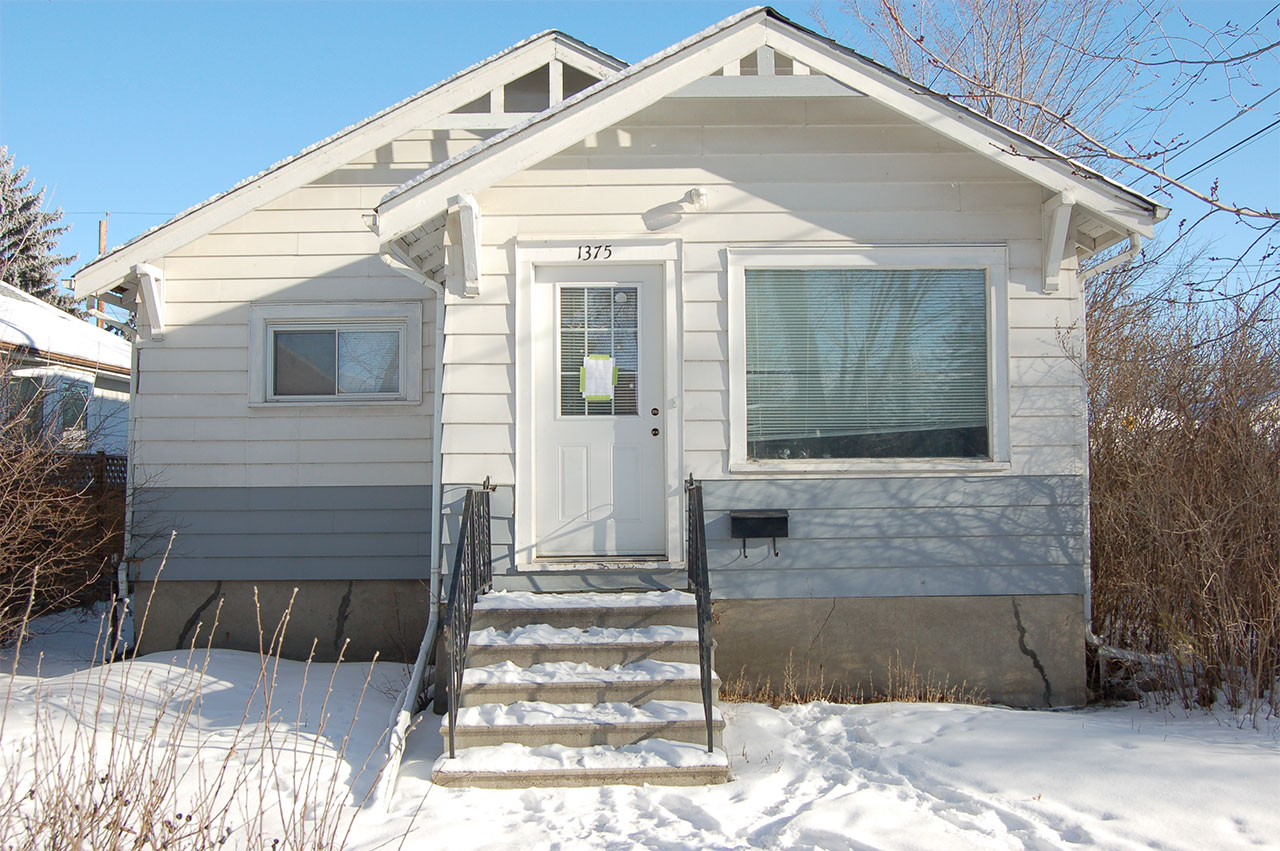 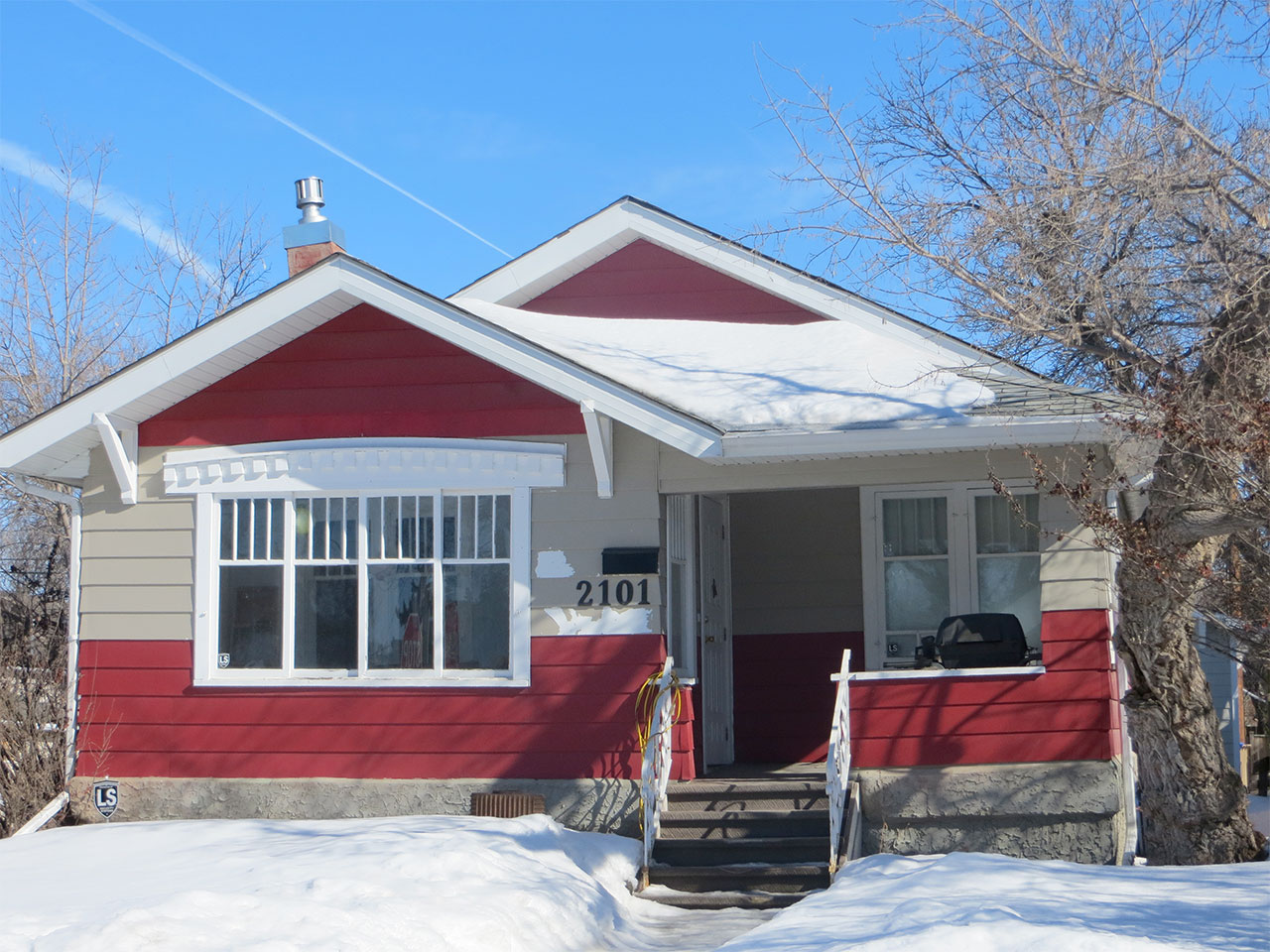 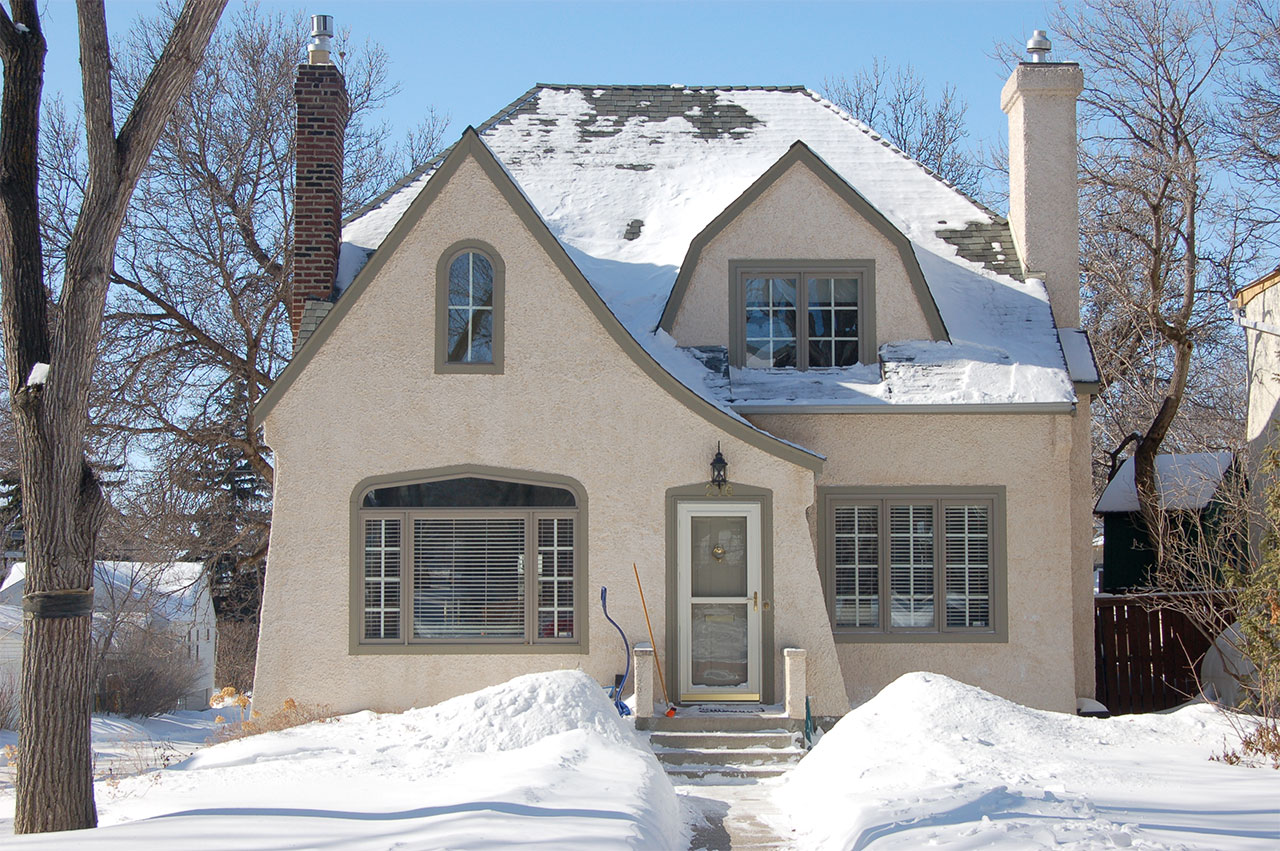 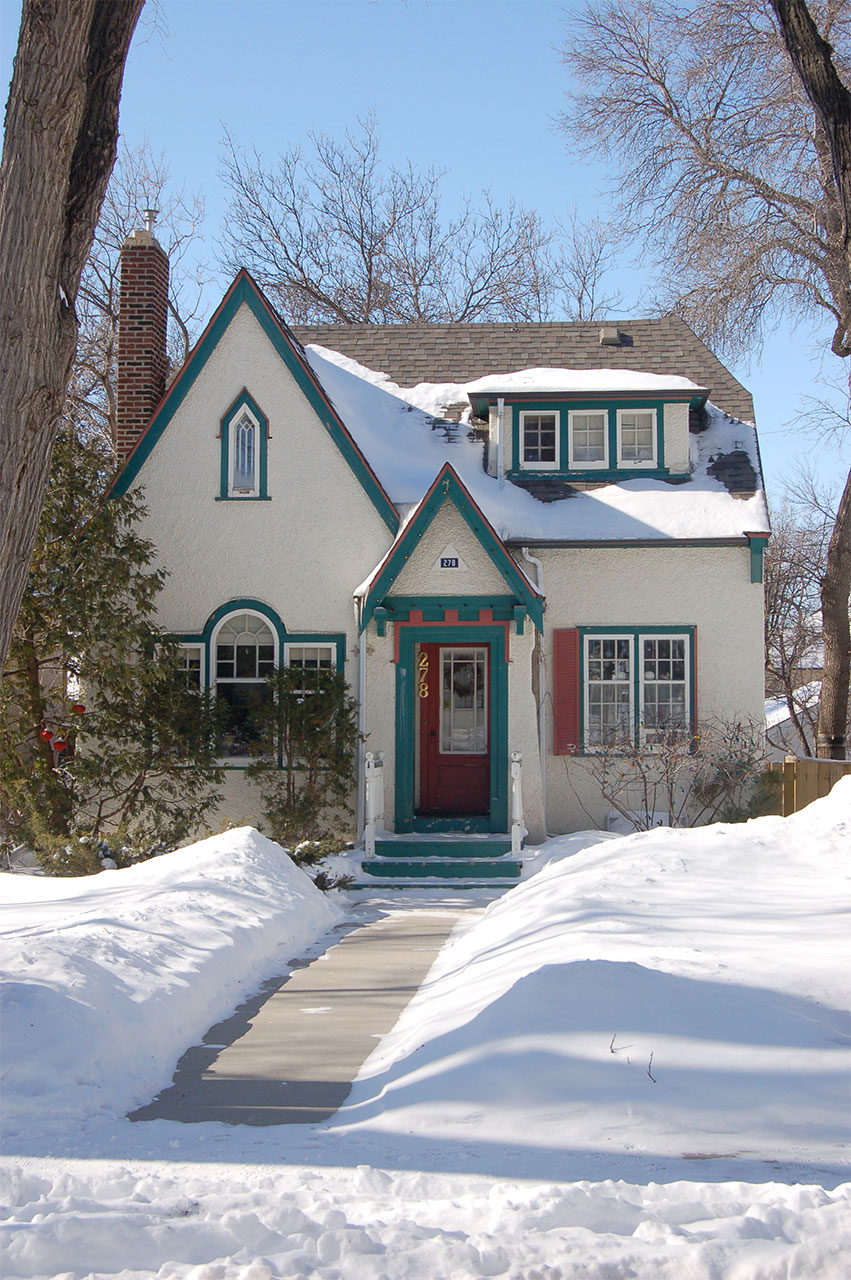 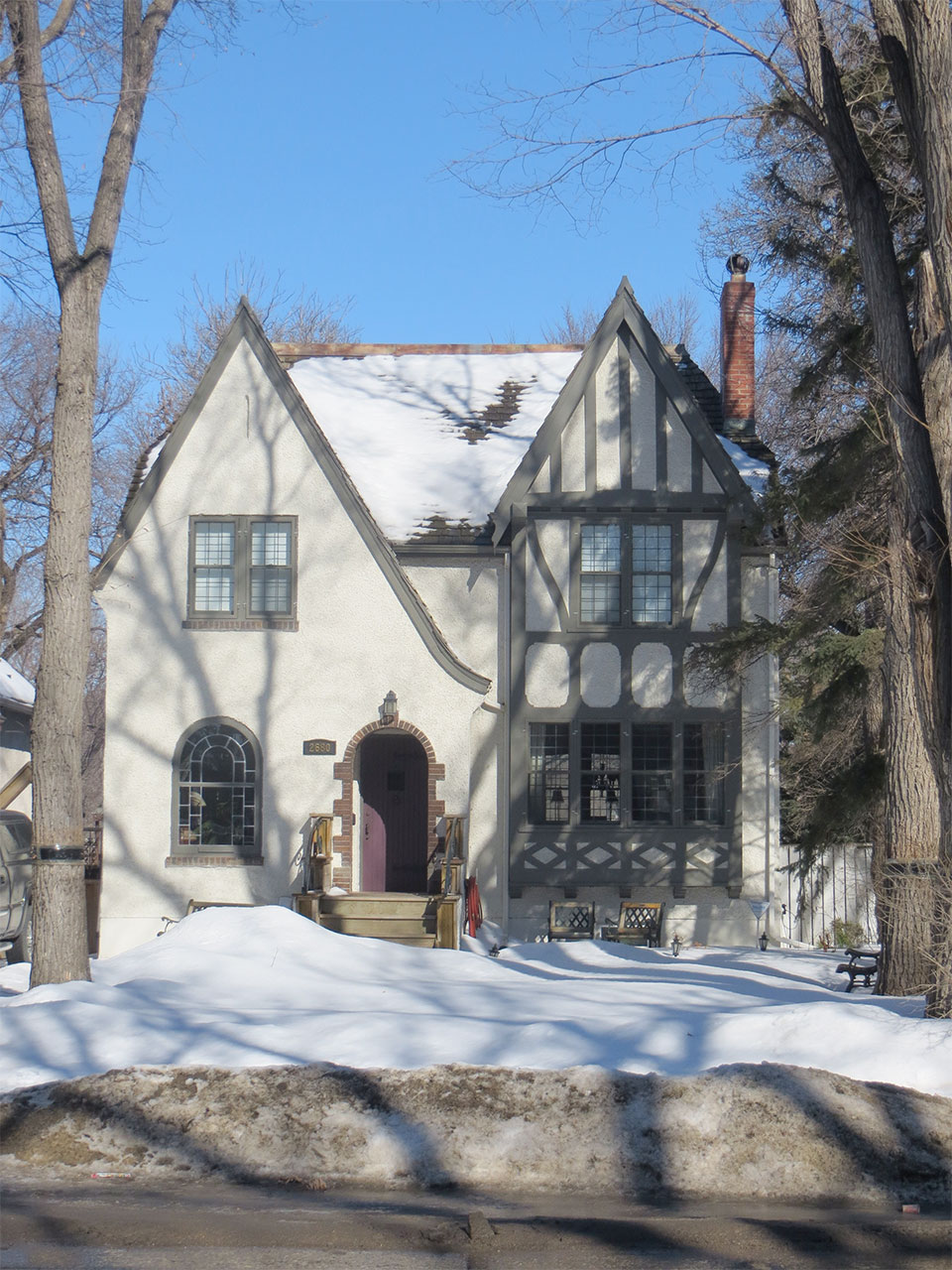 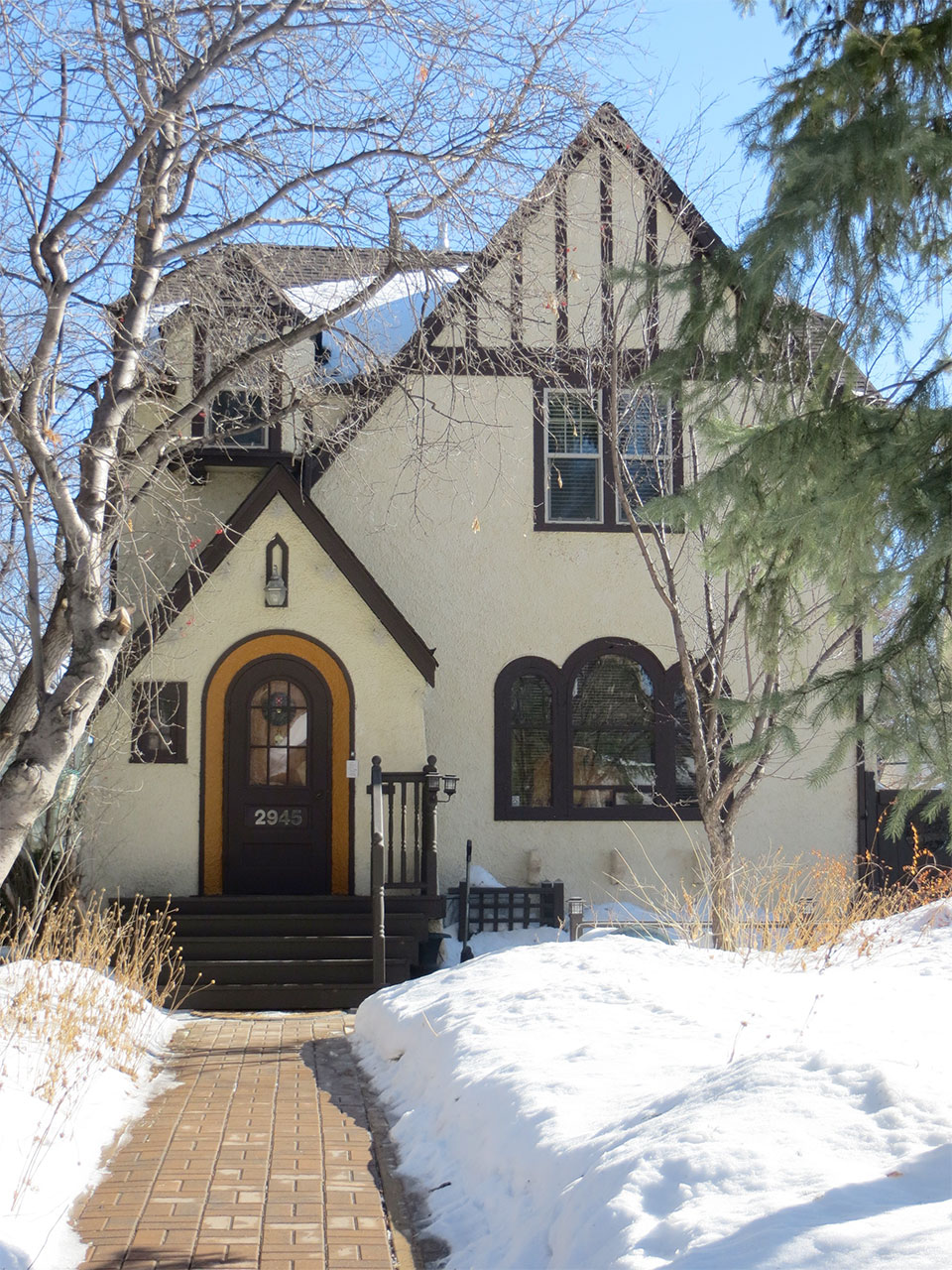 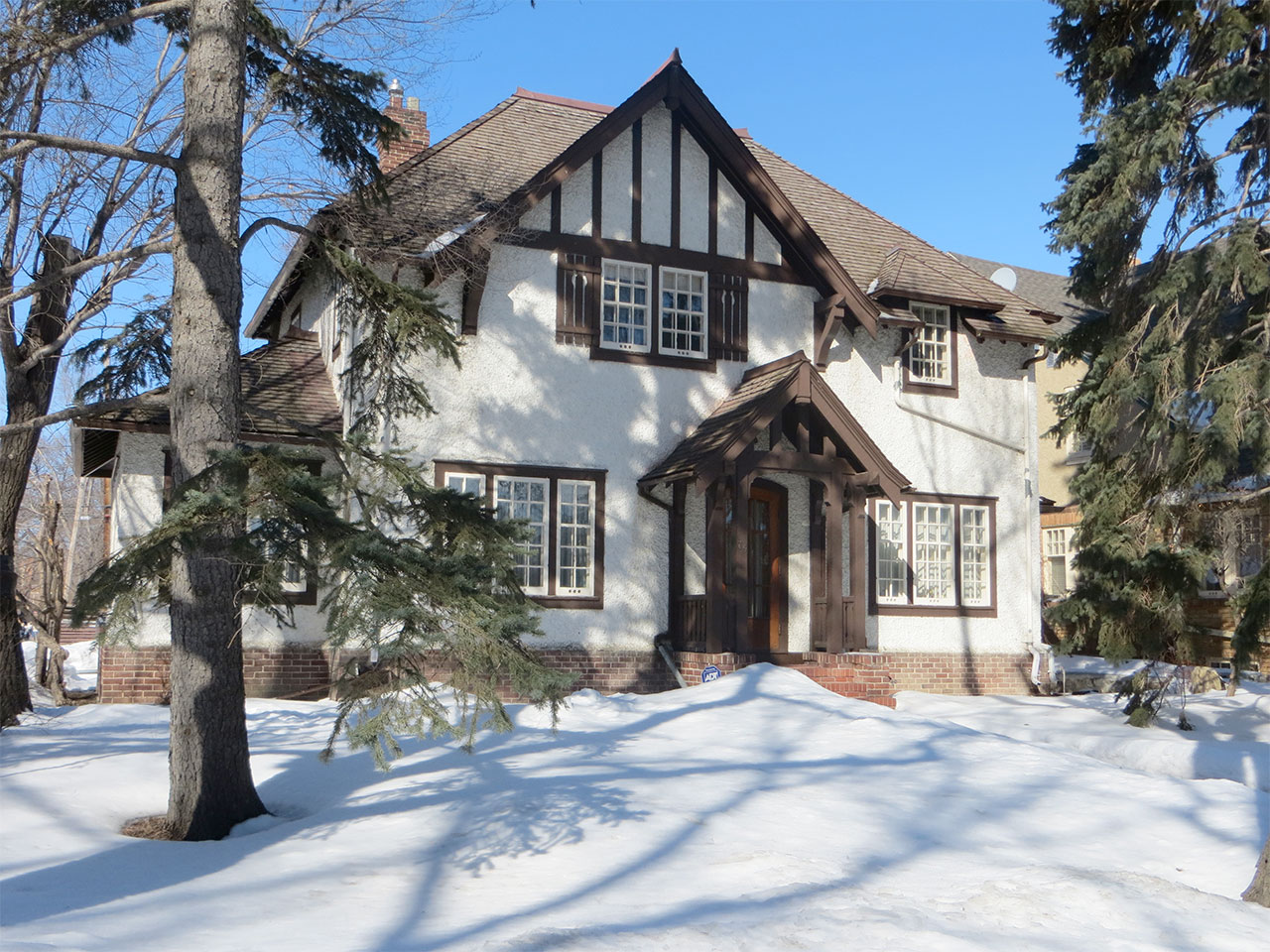 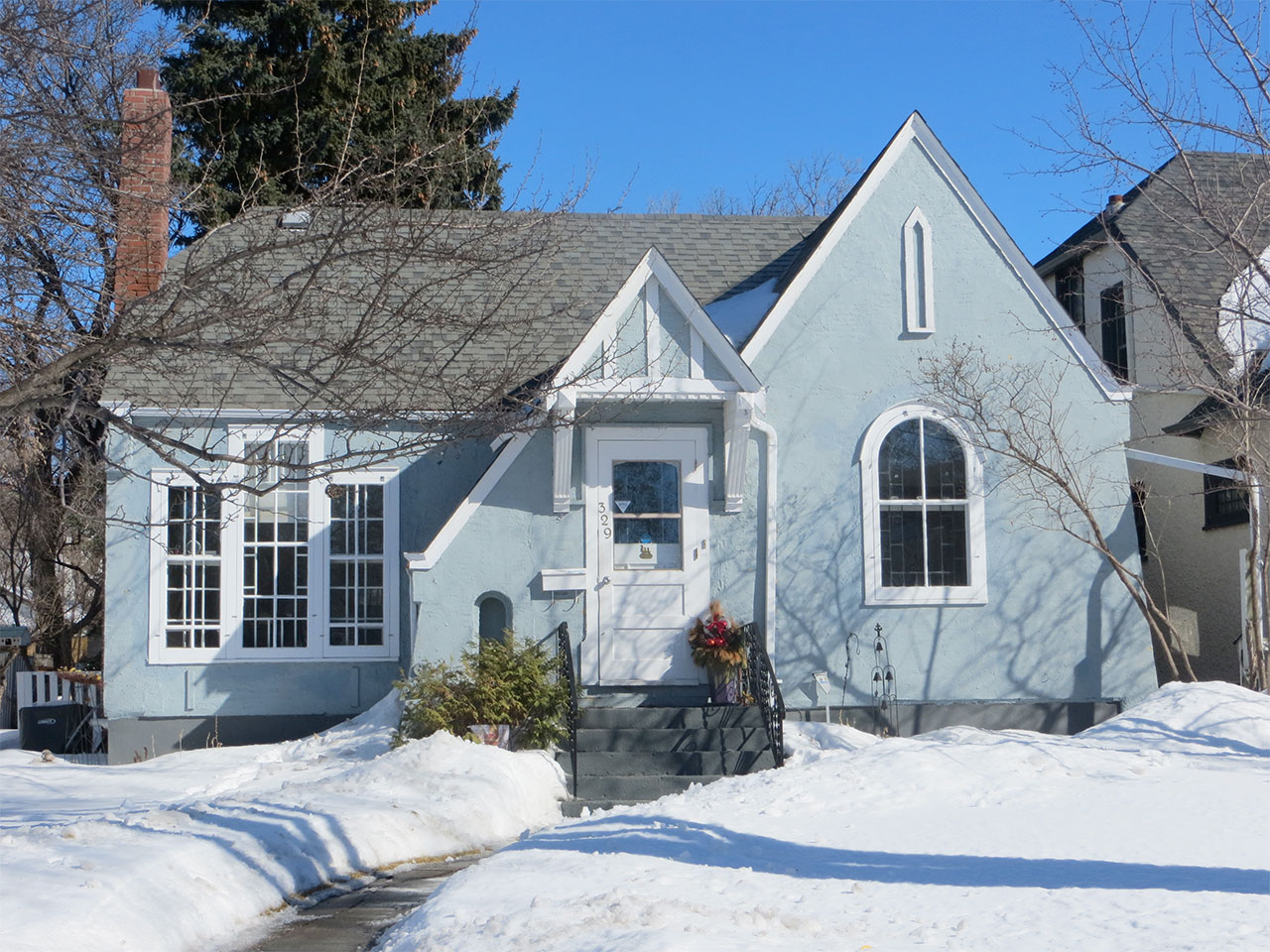