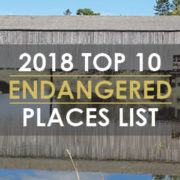 The Top 10 Endangered Places List shines a national spotlight on historic places at risk due to neglect or lack of funding. The List brings media attention and gives a welcome shot in the arm for local groups involved in challenging campaigns to save places that matter.

As part of its 100th anniversary celebrations, the Canadian Construction Association has signed up as the sponsor for the National Trust’s 2018 Top 10 Endangered Places List. 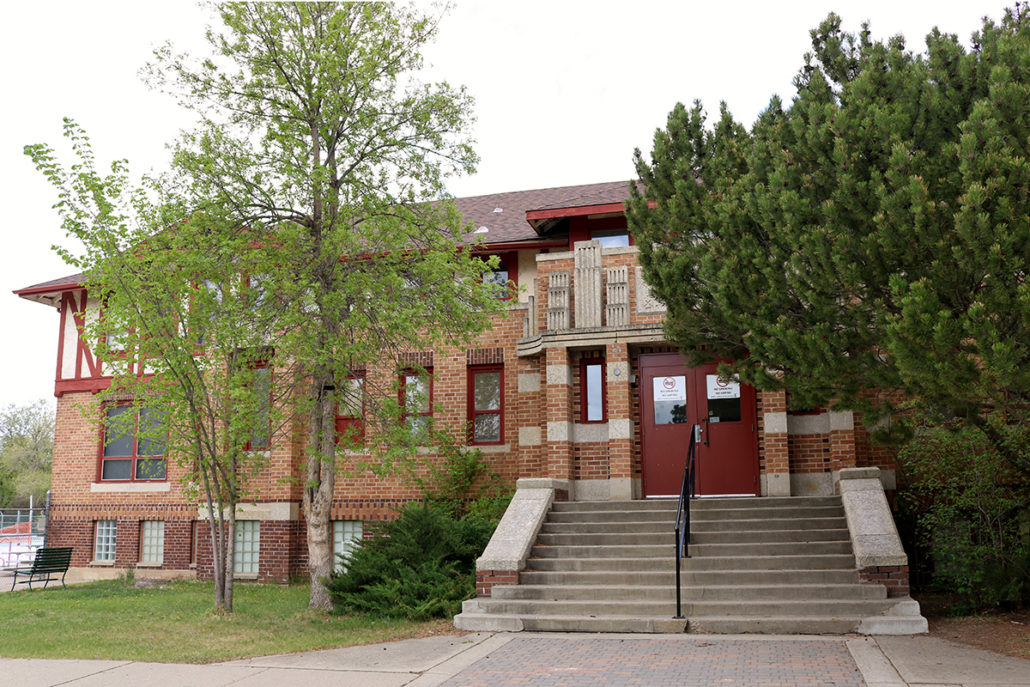 For decades, this iconic Depression-era swimming facility was a social hub for the residents of Moose Jaw, hosting dances and weddings, and was the training pool for Moose Jaw’s first Olympian, Phyllis Dewar. Originally fed by a nearby mineral hot spring when it opened in 1932, the facility continues to be a major component of the civic facilities in the centrally located Crescent Park.

Why it’s endangered: Despite recent investments from all levels of government to update the change rooms and to repair the adjacent outside pool, the Natatorium’s indoor pool has been abandoned for 20 years. Calls for private sector partnerships have been unsuccessful, and while municipal officials struggle to find a sustainable vision, the potential for demolition threatens this community landmark. 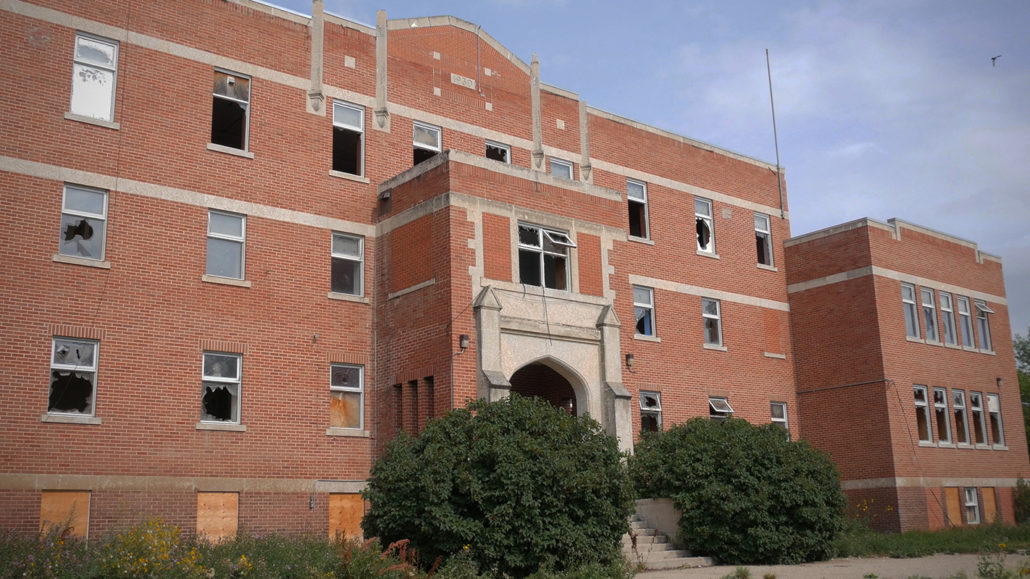 Of the almost two dozen residential schools that operated in Saskatchewan, Muscowequan – operating from 1889-1997 – is one of the last remaining. The imposing three-storey brick building which now stands on the site was erected in 1931, after the previous building burned to the ground. The school had a profoundly traumatic impact on generations of Indigenous peoples in the Qu’Appelle Valley and beyond. It is a wide-spread belief amongst local Indigenous communities that the former school should be preserved as a site of memory and conscience for all Canadians.

Abandoned since 1997, the school is deteriorating and evidence of its dark history is being lost. The Muskowekwan First Nation – on whose land it now sits – does not have funding to implement its vision for a museum and site of memory in the rehabilitated school. The First Nation recently received a grant to board up the vast building’s windows, but vandalism and deterioration continues. 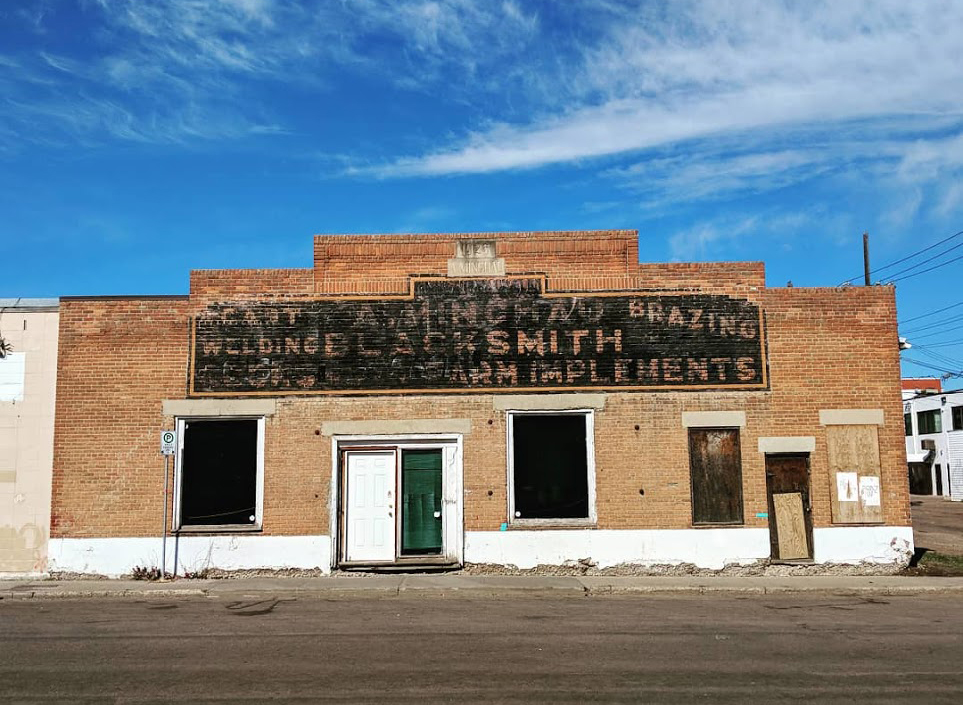 Built in 1925, this one-storey brick industrial building is one of a rapidly dwindling number of boomtown structures in Old Strathcona, a historic district experiencing unprecedented development pressure. The threat of its demolition has spurred a groundswell of support for the modest building, and a city-wide discussion on the need to save the unsung places that make Edmonton special.

As of May 2018, the City of Edmonton is considering the owner’s request for a demolition permit. City officials negotiated unsuccessfully with the owner for three years to try to incorporate the building into a new development on the site, zoned in 1987 for up to 12 storeys. The City has been hampered by the Alberta Historic Resources Act, which, unlike legislation in most other provinces, requires municipalities to compensate owners for lost development value when it proceeds with heritage designation without the owner’s consent. The City has limited funds to incentivize heritage rehabilitation. There is an urgent need for provincial and federal incentives to encourage heritage projects of this magnitude. 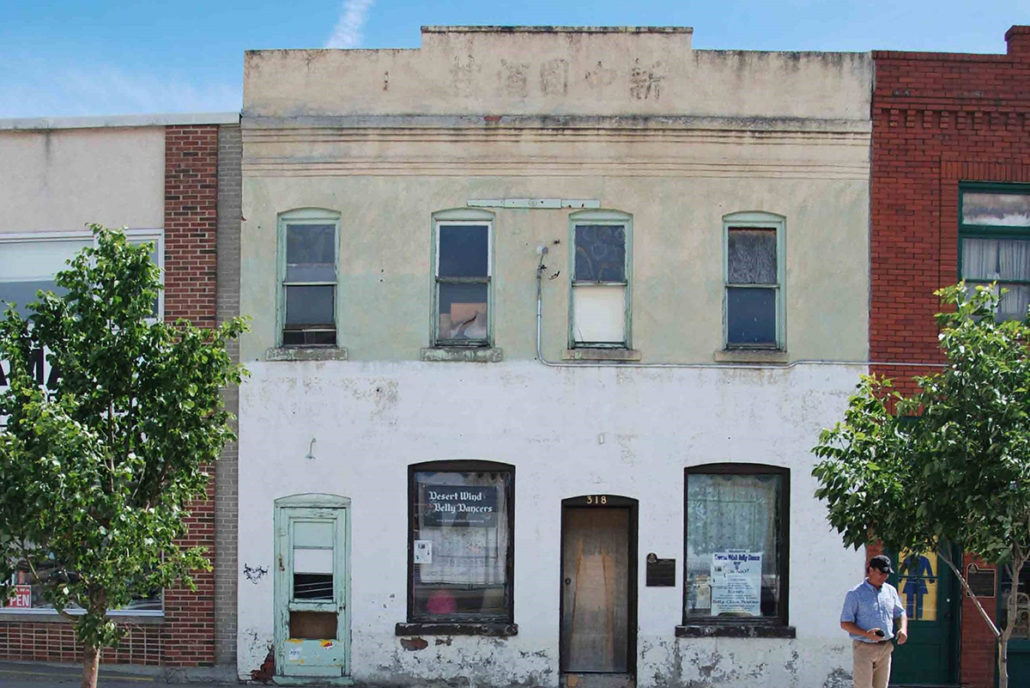 Built around 1907, the Manie Opera Society (also known as the Kwong On Lung Building) is the oldest building in downtown Lethbridge’s Chinatown district and has served as a grocery, household goods store, and restaurant. The two-storey, flat roofed, stucco commercial building speaks to Chinese emigration to southern Alberta in the 1880s and 1890s and the once thriving Chinese Canadian commercial neighbourhood. The Manie Opera Society was designated as a municipal historic resource in 2014.

In 2013, the City of Lethbridge declared the Manie Opera Society structurally unsafe following a heavy rain. The current owner – son of the original builder/owner and also owner of the historic Bow On Tong Building (1919) next door – does not have the funds to repair the building and is reluctant to sell. The “Save Chinatown Lethbridge” community group, Downtown Lethbridge Business Revitalization Zone, and other community voices, have been actively trying to bring attention to and find a rehabilitation solution for this exceptional and imperiled heritage property. 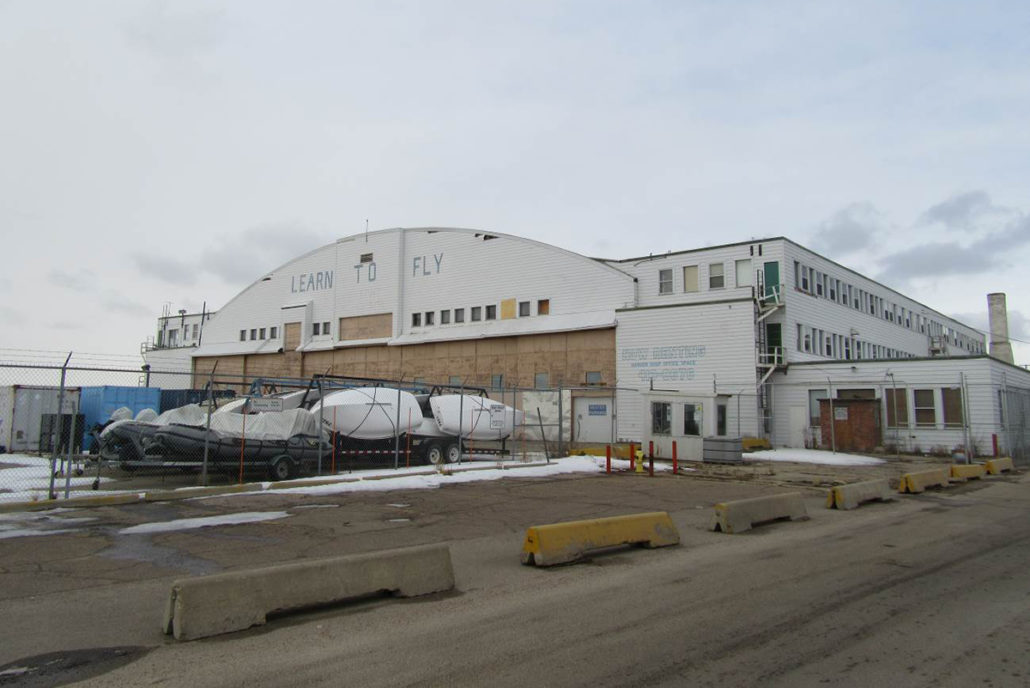 Built in 1942, Hangar 11 is one of only two remaining Second World War-era hangars built through partnership with the US Air Force at the former Blatchford Field (later Municipal Airport) near downtown Edmonton. It is part of the Northwest Staging Route, which was a series of airports developed to assist the Lend-Lease program during World War II. The Edmonton airfield helped move thousands of American bombers, fighters and transport planes though Edmonton to Alaska and finally to Russia, in what become a crucial program in the Allied war effort. Apart from Hangar 14 (a Provincial and Municipal Historic Resource and now home to the Alberta Aviation Museum), Hangar 11 is the only remaining aircraft building on the former airfield, one of the most significant cultural landscapes in the Edmonton area. Hangar 11 is listed on the City’s Inventory of Historic Resources, but is not protected by formal designation.

Edmonton City Council has approved the redevelopment of the overall Blatchford Field site to accommodate 30,000 people and create a model “sustainable” community. The City Centre Airport was formally closed in 2014 and the adjoining hangars expropriated, paving the way for the redevelopment. The objective is to redevelop the site, and according to current planning documents, the retention of Hangar 11 is not being contemplated. Hangar 8, another 1942 hangar immediately next to Hangar 11, was torn down in 2016. A similar fate awaits Hangar 11. The Edmonton Historic Board and the Edmonton Heritage Council have expressed their concerns. 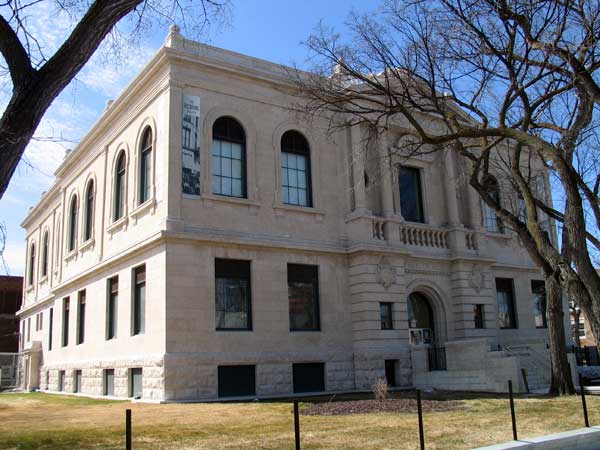 Built in 1903 with funds from US philanthropist Andrew Carnegie, this imposing classical style limestone building was Winnipeg’s first fully functioning public library. For decades, the library had some of the highest circulation in Canada, and was designated a heritage site in 1984. It ceased to function as a library in 1994 and then became home to the City of Winnipeg Archives.

Closed in 2010 for construction and upgrades, a torrential June 2013 rainstorm tore the roof off the building and damaged the archival records. The Archives subsequently relocated to a temporary home in an industrial park. Four years later, the former Carnegie Library remains empty and in limbo with no funds allocated by the City for restoration, and an active search is underway for a new long-term home for the Archives. 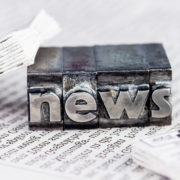 From The Heritage Trust:

Today, a Private Member’s Bill to create tax credits for rehabilitation of historic places was tabled in the House by Peter van Loan (Conservative critic for Canadian Heritage and National Historic Sites). Bill C-323 is designed to limit the destruction of Canada’s heritage buildings, and encourage rehabilitation of properties in the Canadian Register of Historic Places. For more information visit:
http://www.parl.gc.ca/HousePublications

This is an idea that has had widespread support from heritage advocates, federal, provincial, territorial and municipal governments, and the Federation of Canadian Municipalities over the years. It’s exciting to see it tabled in the House and given first reading. We know that the tax system can  be a powerful tool to stimulate private investment in heritage buildings. In the United States, the introduction of a 20 percent federal tax credit for rehabilitation of heritage buildings 40 years ago revolutionized the way developers think about old buildings and launched a booming and competitive preservation industry. 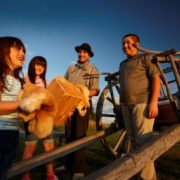 The My Parks Pass program has launched the sixth edition of the Canada’s Coolest School Trip contest. This year’s winning grade eight/secondary two class will visit Parks Canada places in Nova Scotia, including a visit to Canada’s first national historic site, Fort Anne, on a five-day, all-expense-paid trip to celebrate Canada 150 and the 100th anniversary of National Historic Sites in Canada. For more information visit www.myparkspass.ca. 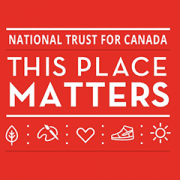 What could your community do with $40,000? Take up your tablets, click on your cell phones and head to your computers! The National Trust for Canada is pleased to announce the launch of the 2016 This Place Matters competition. This online, social media-driven competition allows Canadians to vote and donate to save places that matter to them.

Fourteen communities from across the country are participating in this national crowdsourced competition with the chance to win $40,000. In addition to earning votes, participating community groups can use this innovative web platform to raise money for their projects and gain access to training and tools to help them run a successful campaign.  Canadians are invited to visit www.thisplacematters.ca to view the participating projects and vote for the project that resonates with them. 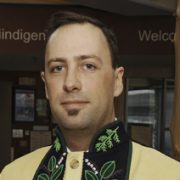 Ry Moran will be a featured speaker at Heritage Rising, the 2016 National Trust Conference.

Building relationships between Indigenous and non-Indigenous people will be a key focus of Heritage Rising, the National Trust’s 2016 conference in Hamilton this fall.

Ry Moran, first director of the National Centre for Truth and Reconciliation, will speak on the challenges of how to commemorate the physical legacy of residential school buildings and sites.

Before joining the Centre, Moran oversaw the collection of nearly 7,000 statements from residential school survivors for the Truth and Reconciliation Commission.

As well, a special roundtable will discuss how to move beyond mere consultation to meaningful engagement between Indigenous and non-Indigenous heritage advocates.

The Hamilton Indigenous Heritage Roundtable 2016, Going Beyond Consultation, will draw on Ontario case studies to understand how true relationships are built and nourished over time. Participants will discuss how to resolve issues and find ways to “break through the dominance of western viewpoints in land-use planning and natural and cultural heritage conservation,” the program description states.

The Oct. 19-23 conference will feature numerous other learning and discussion activities, opening on Day 1 with a workshop on regenerating faith places and ending on Day 5 with a tour of historic wineries.